How well do you know the Olympics? Think Athletes, Locations, events and winners for inspiration to ace our free Olympic Games quiz. You’ll find 50 questions divided into 5 rounds, so gather round for some sporting quizzing.

1 – How many Olympic gold medals did Usain Bolt win?

6 – Eddie The Eagle found fame at which Olympics?

7 – Which city withdrew from hosting the 1976 Winter Olympics?

9 – The movie ‘Chariots of Fire’ is based on which Olympian?

1 – Triathlon first featured at which Olympics?

2 – In what year did the first Winter Olympics take place?

3 – How many Olympic gold medals did Carl Lewis win?

5 – At the 1988 Olympics, which American diver hit his head on the springboard?

6 – Who carried the Great Britain flag at London 2012 closing ceremony?

7 – Olga Korbut competed for Romania in gymnastics – True or False?

9 – Chris Boardman competed in swimming at the 1992 Olympics – True or False? 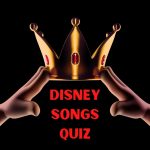 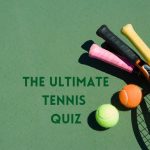